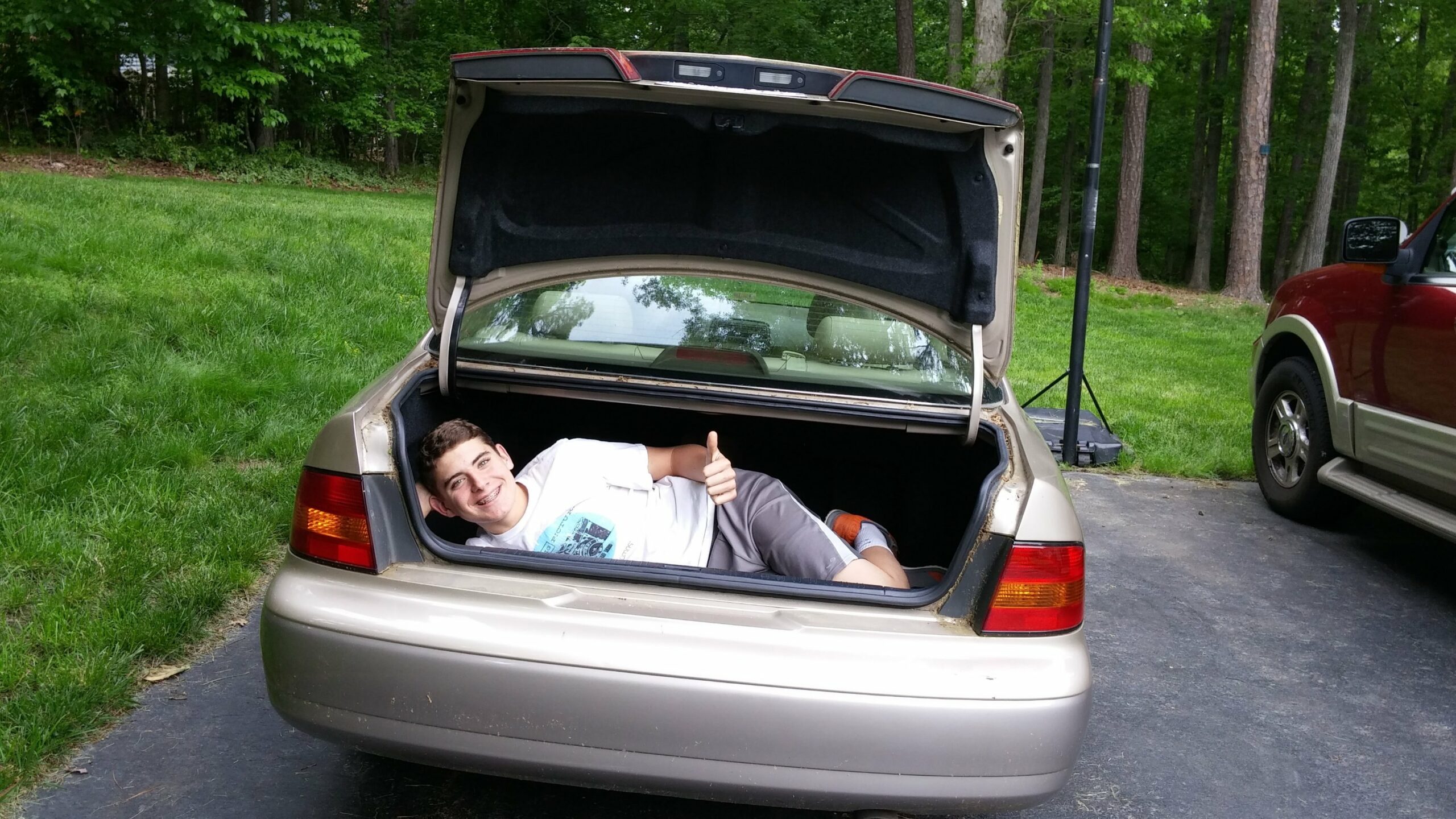 My boys are big. Moms of boys know that day is coming, where they pass you and can essentially become your protector instead of the other way around – the way it’s always been. And something about that feels so special, like a huge reward for not duct-taping them to their beds just to keep them still and safe for one minute when they were little. On the other hand, it just feels a little bit off. It is hard to get used to them not really needing you.

They headed off to camp this week. They’ve been attending a boy’s camp since they were 8 years old, and now that they are too old to be campers, they return each year as counselors. Boy’s camp is the stuff of dads’ and little boys’ dreams and the stuff that moms just try not to think about too much. You ate what? You did what on the side of a cliff? There were what kind of fish in that river? Nevermind, I’ll just live in ignorance on this one. I am assured from the camp administrators that “no news is good news,” so if I don’t hear anything all week, I am supposed to rest easy because everything is fine. Only we moms all know the lie that is. We know “no news” means we are left to our own imagination – envisioning every worst case scenario of what could be happening right this minute and I don’t even know about it! And all I can do it pray, and trust the Lord that He is holding my boys in the palm of His hand, and He loves them more than I can. And every year, both boys return home stronger, mentally, emotionally, physically, and spiritually, and it continues to be the highlight of their year.

You would think it would be different for me, now that they are older. Now they are the counselors, the ones looking after the younger boys. And they have phones on them, so technically we can communicate throughout the week. But I still get that same gut feeling. That same ache that feels their absence. That same wondering what is happening with them right now. I mom-joked/suggested that if they felt like it, they could let me know they were still alive and well throughout the week.

Holden did text the other night.

“Just an update” Aw, how sweet. I raised such a considerate boy.

“I busted my knee open on someone’s head and broke his nose.” Um, what?

Well, thanks so much for the update, son. I feel much better now.

The end of the story is that he had collided with another counselor in an apparently ultra-competitive game of dodgeball. Ultimately both guys are OK, and the hand is not broken (although the other counselor’s nose is broken), but that did not stop my mom brain from dreaming all kinds of dreams about my boys and waking up all night praying they are ok. Funny how our minds never stop.

They are back under my roof – for now. But I know it is only for a while. We are connected with our children for life, and this “growing up” stage is just the beginning of our separation from them. We know from the beginning that the goal is to work ourselves out of the job of parenting, but I am not sure we ever “get over” them being gone. We are just constantly seeking to trust them to the Lord and find a new normal.

I’m a writer with a lifelong passion for learning. I’ve spent the last 24 years momming, teaching my 3 almost-grown-and-flown children, and working with my husband of 26 years. I’m loving country life (being a pretend farmer) just outside my hometown of Richmond, VA. Here is where I’ll spill my guts on the things of the heart we all share: faith, life, love, family, and anything else that tumbles through my mind.

It’s Ok to Feel the Hurt